Deepalaya Adjudged Winner, the largest operational NGO in Delhi-NCR, has been presented the prestigious Delhi NGO’s Leadership Award 2017 in the national capital for its constant commitment towards driving positive social change.

The Delhi NGOs Leadership Awards, curated by World CSR Day and World Sustainability Congress, and endorsed by CMO Asia, recognizes best practices and leaders in the NGO sector who have contributed value and powered social change as a strategic tool for sustainable growth, and bear a passion towards impactful social work.

Shri A J Philip, Secretary & CE, Deepalaya received the award and the certificate of honour recently at an impressive awards ceremony held at Vivanta By Taj, Ambassador, New Delhi.

Speaking on the occasion, Shri A J Philip said, “I am extremely happy and proud to receive this award which validates Deepalaya’s immense contribution and efforts in the field of social work and in enabling self-reliance among communities. I would like to underline that being listed among the torchbearers of excellence in the NGO sector is not an easy task, and all such recognitions are attributable to a team effort. This recognition in particular is a result of the dedication my colleagues have shown in implementing various Corporate Social Responsibility programmes on behalf of corporates in the recent past. I also personally thank the jury who have recognized our contribution and honored us.”

The criteria evaluated for choosing the award winners at this event included incorporating ethical values and developing responsible community leaders, involvement in empowering communities and protection of the environment, building collaborate relationships, effective and sustainable mobilization of resources in support of program and projects, demonstration of efficient management of financial and human resources, good governance practices, transparency and accountability, and so on.

After an intense analysis on the propositions determining impact and scalability, the awards were given out to the most deserving names in the social work and NGO sector in and around Delhi. In the recent past also, Deepalaya has been lauded with several awards and accolades such as the Best Disadvantaged Person Education Initiative 2017 by APAC Insider, Guidestar India NGO Transparency Award, Global CSR Leadership Award by ABP news, Best NGO Award from Indo-American Chamber of Commerce, etc.

For the last 39 years, Deepalaya has been working along the economically and socially deprived classes, so that they become educated, skilled and aware and live a self-reliant, dignified and sustainable quality of life, and to that end, has been acting as a resource and collaborating with other agencies–governmental or non-governmental, as well as suitably intervening in policy formulation. On the CSR implementation front, Deepalaya in the last few years partnered with some reputed corporate brands like Amway, Oriflame India, Jochnick Foundation, Asian Paints Limited, Loesche India Pvt. Ltd, and Nikon India.

Deepalaya is an ISO 9001:2008 certified non-government organization that believes in enabling self-reliance and is committed to working on issues affecting the urban and rural poor, with a special focus on women and children.

The NGO was started on July 16th 1979 by seven founding members, and for more than three decades, has been contributing to the crusade against illiteracy. Over the years, Deepalaya has established several projects in the areas of Education (Formal/Non-Formal/Remedial), Women Empowerment (reproductive health, SHG, Micro-finance), Institutional care, Community health, Vocational training, etc. Our projects are operational in Delhi, Haryana, Uttar Pradesh, and Uttarakhand.

Nominated for the Liebster Award 2017 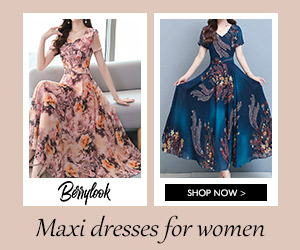