India is a beautiful country that celebrates so many festivals will all the joy and love. All of the Hindu festivals bind us together and with our traditions. Akshaya Tritiya is one such festival and will be observed in the country on the 18th of April this year. It is known by various names in different parts of the country like Akha Teej and Akti. It is celebrated on the third lunar day of the bright fortnight. According to Hindu beliefs, this festival brings luck and good fortune for the family and loved ones.

According to Hindu astrology, it is said to be the most important date. On this day, the sun and the moon are considered to be equally bright. There are several stories related to this auspicious day. As written in the holy book of Shiv Purana, Kuber was made the banker of Heaven and the lord of the rich by Lord Shiva.

One more story that is believed to be true is when Pandavas were in exile, they were visited by many dignitaries and kings. As Pandavas didn’t have much to offer, Draupadi was finding difficulty in preparing the food for all. Once when Lord Krishna visited the Pandavas, all the brothers greeted him well, but Draupadi did not greet Him.
She was weeping in the kitchen. When Lord Krishna saw the empty pot, in which she had prepared rice in the morning. It was empty and had just one grain of rice that Lord Krishna ate. He then blessed Draupadi and gave her an Akshaya Patra, which was a vessel, which offered an endless supply of food every day. This day was known to be Akshaya Tritiya.

On this day Lord Vishnu is praised by keeping a fast and offering rice to him. It is considered one of the most auspicious days for people tying the nuptial knots. People invest in Gold and lands to add up to their savings. This festival is also important for the Jain community as it commemorates the first Tirthankara ending his one year of asceticism by drinking sugarcane juice which is poured in his cupped hands. After the prayers are offered gram sprouts, fruits and sweets are distributed.

In India Gold is considered the epitome of auspiciousness. It has a special place in a woman’s heart. Buying gold on Akshaya Tritiya adds to the purity of the festival. We have for you the exquisite embellishments of gold jewelry offered by the trusted brand GOLD KARAT.

Gold Karat, A Delhi-based company headed by accomplished Jewellery designers Ritu Modi and Shivani Soni. The USP of the brand lies in making exquisite designs in gold with diamonds and precious stones. The Company has shown great expansion in the last 20 years with more than 500 craftsmen at the company’s workshops around India.
The jewelry is sold exclusively throughout India and showcased in more than 100 exhibitions held annually in more than 70 cities worldwide. The Company has been endorsing its fine craftsmanship to the global market in Asia-Pacific namely Australia, Bahrain, Singapore, U.A.E, U.K, and the U.S.A for the last ten years.

Here are some of the beautiful designs that you can buy from Gold Karat.

Transform into a queen on your wedding day with this gold Matha Patti and Choker necklace set. It has beautiful gemstones embellished in the set. Match it with your bridal Lehenga and all eyes are going to be on you. Look at this beautiful Kundan and Real Pearl set. It comes with Meenakari work on the Benda. Perfect with traditional Indian attire. The earrings steal the show; they have a gemstone in the center and are surrounded by the Kundan work. With pearls attached to them.

This is the exquisite maharani style necklace set. It is a Kundan and pearl set. It consists of a necklace, a pair of earrings, and a Maang tikka. The necklace has a pearl dangler and is multi-stranded. The earrings are Jhumka type and match the necklace.

A very heavy multi-layered Kundan Necklace set. The Benda has a princess band shape Mathapatti. The earrings have a modern design. It comes with matching heavy bangles. Indulge in the magnificence of traditionally made timeless heritage jewelry. The Matha Patti and Bangles have medieval times royal jewelry designs.

Gold Karat has been generous and has offered a 10 % discount to our wonderful readers. 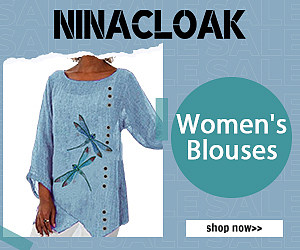